What happens in Cannes ? 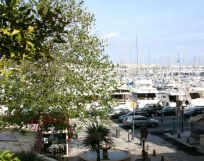 Take a promenade on the Boulevard de La Croisette, where  the festival building is located. See  the famous Carlton hotel, which has been a stage for an Elton John music video ......

Cannes, a picturesque town on the French Riviera, and although it is most famous for the film festival, Cannes has much else to offer. Cannes has a lovely climate, many interesting sights, museums and beautiful beaches. The beaches offer great opportunities for water sports and beach holidays. You can also find nice restaurants and good cafes in Cannes and as in many French cities, you also find good shopping possibilities in Cannes. Shopping in Cannes is particularly recommended on the Rue des Antibes, More affordable shops you will finde at the Boulevard de la Croisette where you will see the most luxurious designer boutiques in Cannes. Cannes is the epitome of the French Riviera, so do not miss a visit here on your trip to southern France.

The best view of La Croisette, the marina and the Esterel mountains is from the highest point of Cannes' Old Town (Le Suquet), which still stands the remains of a fortified tower, where you also find St. Anne's chapel from the 12th century and the Musee de la Castre which contains a huge collection of ethnographica and fine landscape and rivera paintings from the 19th and 20th century. Le Suquet is a wonderful place with winding streets, small shops and restaurants.

Cannes Film Festival (French: "le Festival International du Film de Cannes" or short "le Festival de Cannes") is the world's most prestigious film festival, and was held for the first time 20th September - 5th October 1946 in Cannes in southern France. Since then the festival has been held every year in May, with the exception of a few years. 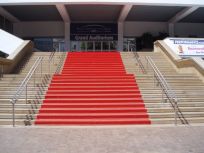